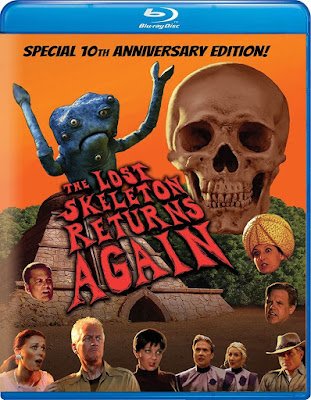 Writer-Director Larry Blamire talks about the new featurettes and hilarious short films he made to accompany the Blu-ray release of his cult classic The Lost Skeleton Returns Again. Come for the Behind-the-Scenes gossip, stay to find out who that one guy is in that one thing--you know the one--and learn the secret of why Scott sucks.

Get the Blu-ray here.