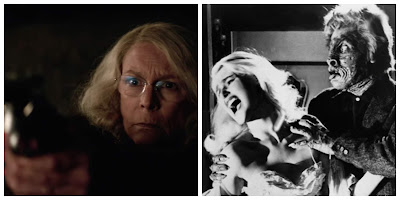 Scott and Jeff see the new Halloween (2018) movie on opposite sides of the country, but they come together to completely disagree about it. Then it's Compare & Contrast Day, as they watch two different versions of the same mid-century Italian horror film. Jeff sits through the American release, Atom Age Vampire, while Scott subjects himself to the complete European cut, entitled Seddok, The Heir of Satan. They learn that sometimes more is less, but less is more confusing. 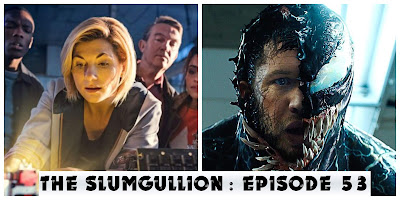 In honor of the first woman Doctor, Jeff and Scott recruit expert woman Mary C to give the woman's point of view on womaning. Then they try to figure out why Venom sucked so bad, and why they loved it so much.

It's The Woman Who Fell to Earth versus The Parasite That Fell to Earth, so grab your headphones and your umbrella and listen to things go SPLAT!