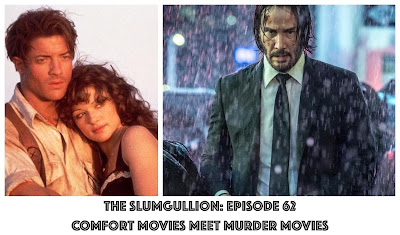 Jeff, Scott, and Mary talk about the best movies to watch while you quietly weep and eat ice cream on the couch in your sweatpants, and Mary explains that no, they're wrong, because 1999's The Mummy is the greatest comfort film every made. Then the New Movie Crew checks into The Continental to discuss why John Wick 3 is basically the James Brolin TV series Hotel, except everyone's a murderer.

Oh, and Benevolent and Protective Order of Belarussian Assassins has the worst ticketing system since Delta Airlines.