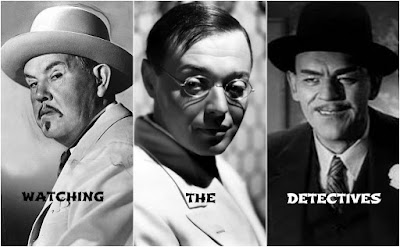 Scott and Jeff engage in a spirited debate about ALIEN: COVENANT - Is it the best thing since sliced bread? Or the worst thing since loose wheat excreted by a Tribble?

For the Unknown Movie Challenge, we pull back the shoji screen to reveal a shocking ménage à trois of stereotypes as three Fake Asian (or "Fasian") detectives of the 1930s compete for the title of Miss Most Racist! Join Charlie Chan, Mr. Moto, Mr. Wong, and Special Guest Star the Xenomorph.

{Note: Thanks to slight technical difficulties, the episode ends rather abruptly, with a Newsies joke. Our apologies to Mr. Wong, who gets short shrift.]